The AEON Solution moves from the consideration that three classes of engine-off techniques are currently under design and/or development with the purpose of reducing the environmental impact of ground operations. They focus respectively on single-engine taxiing solutions, hybrid towing taxiing solutions and autonomous taxiing solutions based on electric motors.

Single-engine taxiing (SET) solutions involve the use of only half the number of engines installed to generate the energy needed for taxiing. The idea derives from the consideration that aircraft taxiing operations are a significant source of energy consumption and emissions at airports and a reduced number of engines can provide enough power to move the aircraft on the ground. On average this kind of solution is expected to reduce taxi fuel consumption by 20%, with potential fuel saving depending on the aircraft type that can range from a minimum of 2 Kg/min to a maximum of 13 kg/min.  With reference to large airports, a recent study using the London Heathrow airport as a case study has shown that reducing the time before SET is initiated to the 25th percentile of observed values, reduces the fuel consumption, NOx, CO2 and HC emissions by 6.7%, 8.7%, 14.2% and 11.5%, respectively, relative to observed levels. 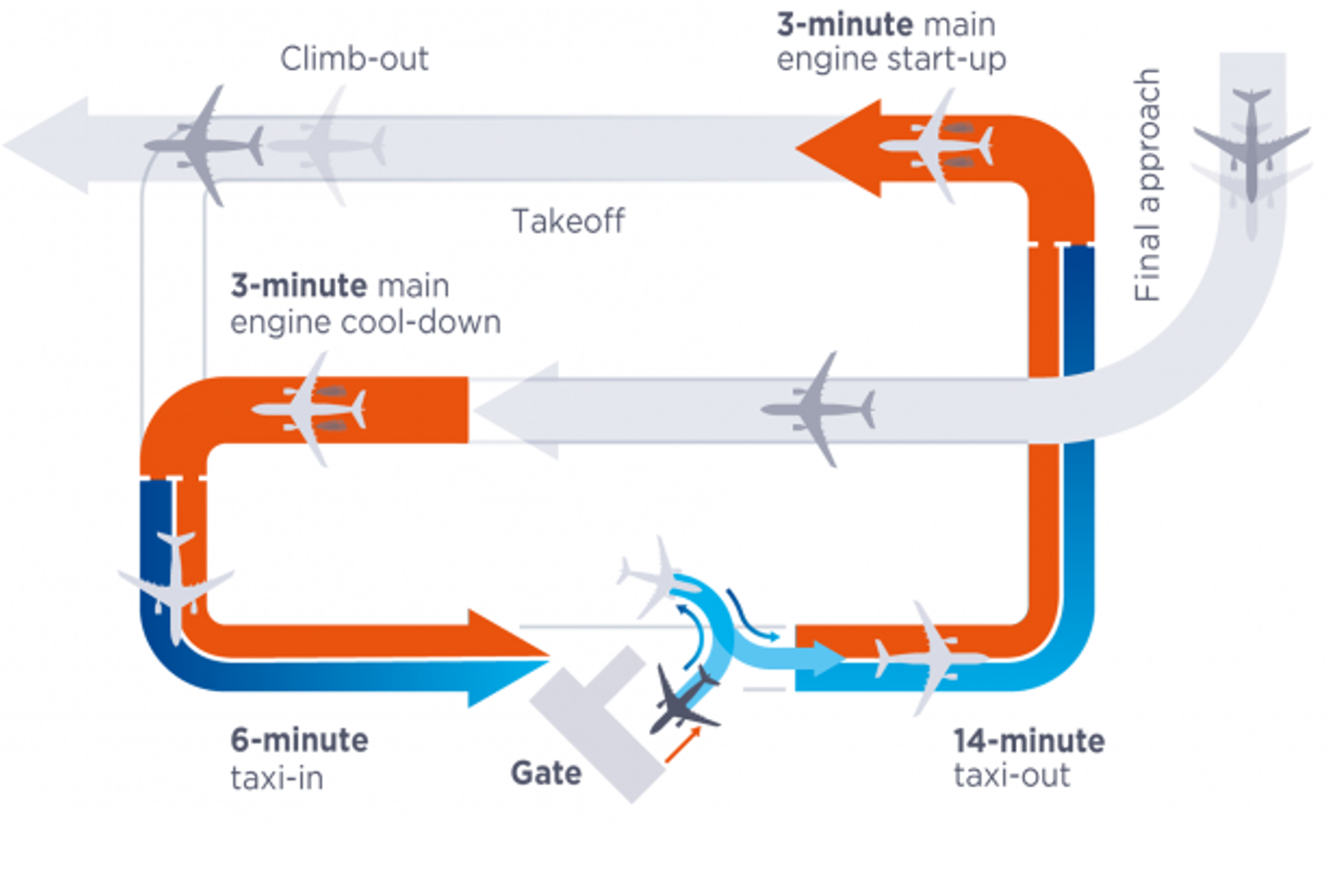 Although several airlines have already adopted this solution, its concrete applicability depends on specific operational and contextual factors and may imply specific challenges. As a general consideration, using half of the engines may affect the aircrafts performance, in particular its manoeuvrability and balance. Consequently, not all the taxiways are suitable for single-engine operations, nor all weather conditions. Similarly, the solution is not equally applicable to both taxiing procedures. In general, taxi-in is considered easier to manage in single-engine operations than taxi-out, due to the less workload associated with monitoring the engine cooldown (with respect to warm up) and the higher predictability of taxiing duration. Thus, some of the airlines who adopted it have authorized the use of single-engine operations only during the taxi-in procedure.

According to a recent estimate, currently, single-engine taxi is used in about 50% of taxi-in procedures in which the operational and contextual conditions would allow to use it and in less than 10% of taxi-out procedures. An accurate and reliable indication of the time until take-off could favour a larger use of single-engine operations during the taxi-out operations as it would give the pilots confidence in the decision making and allow to start the second engine not too late and/or not too early.

Non-autonomous taxiing solutions are based on the use of hybrid towing vehicles, such as TaxiBots, which, unlike the normal pushback trucks, can tow full aircrafts to near the start of the runway, without the aircraft having to start its engines. The use of this kind of non-autonomous solution is expected to reduce fuel consumption during taxiing by 50%- 85%. 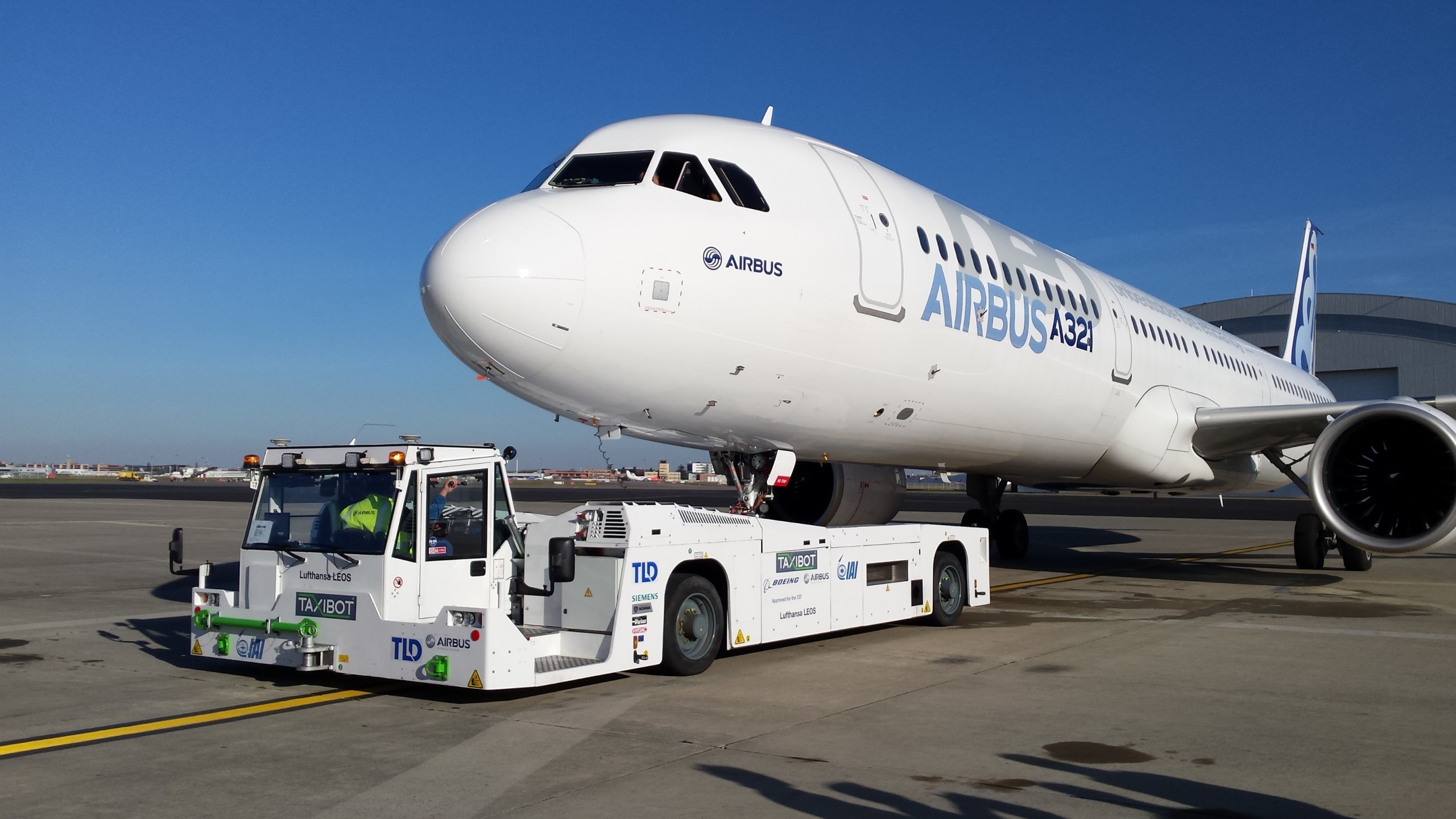 A recent live trial study conducted at Amsterdam Schiphol Airport (NL) on 170 missions, revealed a potential annual savings of 50-70% fuel (equal to € 25 million fuel costs), 124.700 ton CO2 / 647.800kg NOx emissions and noise and (ultra) fine particles reduction. Nevertheless, the same study also highlighted that to safely profit from the advantages of these solutions changes shall be introduced on three fundamental dimensions: at the technical level, to decrease the decoupling time, in the airport infrastructure, to introduce out-of-the-flow uncoupling positions, and last but not least in the work on the ground controller.

Moreover, in a systemic perspective, it is important to consider that the adoption of non-autonomous engine-off taxiing techniques would imply an increase in traffic size, due to towing vehicles circulating on the platform. As a consequence, the impact of such traffic increase on workload and situational awareness of ground operators shall be carefully considered.

Autonomous taxiing solutions rely on electric motors, like the E-Taxi system or WheelTug, that are embedded in landing gear or nose wheel gear to allow aeroplanes to push back and taxi without their jet engines running, thus saving fuel, curbing emissions and ending last-minute delays while waiting for airport tugs. 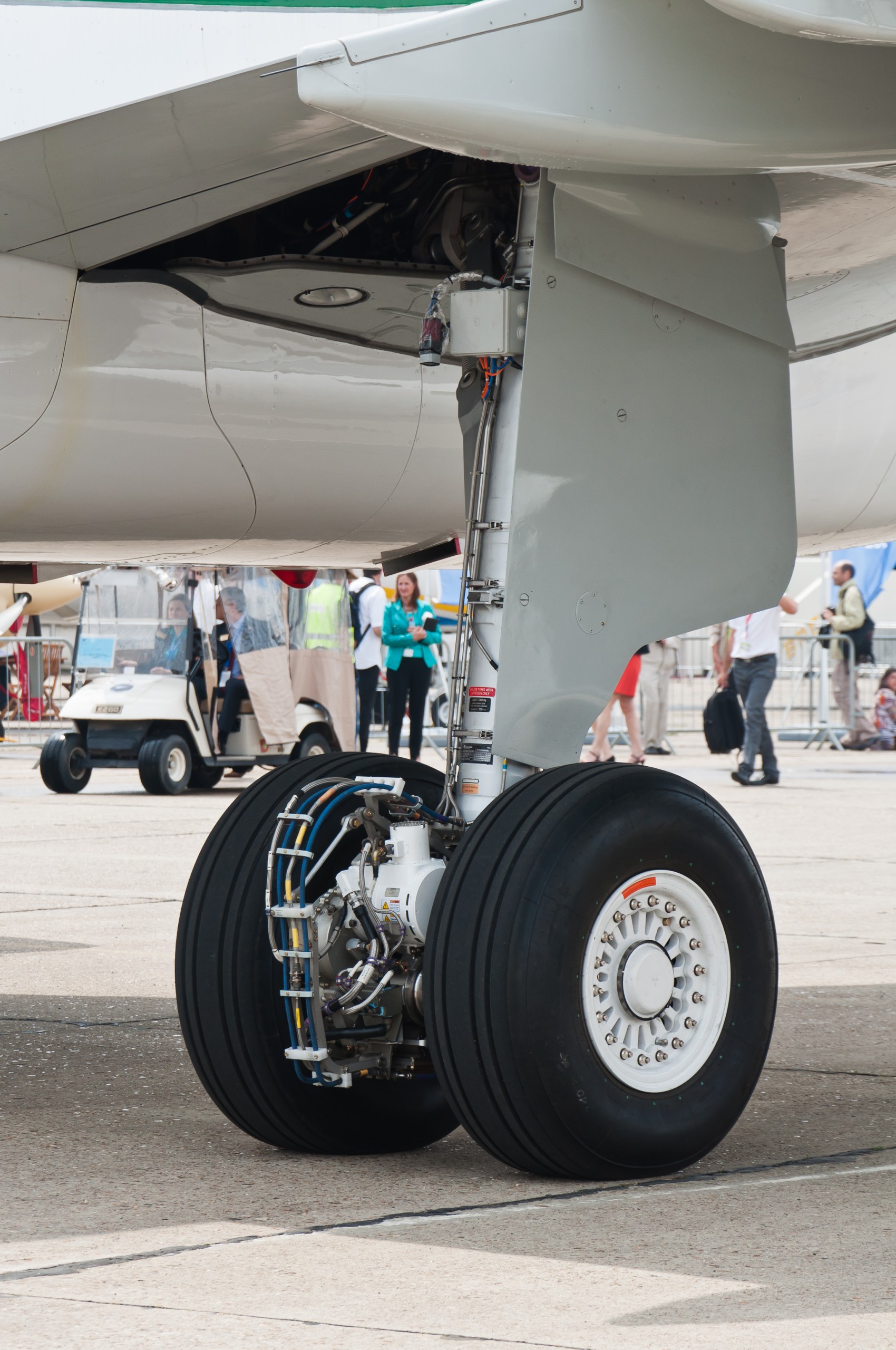 The use of this kind of autonomous solution is expected to imply a reduction in fuel costs of around 4% of the overall consumption, considering a 50% taxiing fuel saving and up to 85% of ground operations costs-savings related to other benefits in pushback costs, brake wear etc.

Noteworthy, the different solutions taken into account are not at the same level of maturity. Single-engine taxiing solutions are already in use. Non-autonomous taxiing solutions such as TaxiBots have been in live trials in several airports. Nose Landing Gear Electric Taxiing System, specifically WheelTug, is in the process of certification on B737 by Federal Aviation Administration (FAA). The E-Taxi system can be considered still at the Research and Development (R&D) maturity phase.

Moreover, the various solutions have the unique characteristic of operation, strengths and potential challenges and drawbacks that make them not applicable in all the operational conditions, thus affecting the way they can be integrated into the airport environment and thus contribute to the overall objective of reducing fuel consumption and emissions.