On September 21, the AEON project gathered all the Advisory Board (AB) members in what come out as a pleasant and fruitful discussion. The well-balanced group of aviation stakeholders were called to provide their inputs on the initial concept of green taxiing techniques, developed by the Consortium in the first year of activity. The meeting saw the participation of 24 persons, 11 were representatives of the major companies striving for the introduction of sustainable taxiing techniques, one was representing the SESAR Joint Undertaking, the AEON funding institution, and 12 were members of the Consortium. The event was attended by: AIRBUS, the French Aviation Authority (DSNA), Eurocontrol, KLM, Paris Airport, SAFRAN, Smart Airport Systems (SAS), The Schiphol Group, To70 and SESAR JU.

During the event, the Consortium clarified the implication of autonomous solutions such as WheelTugs and E-Taxi systems, non-autonomous such as TaxiBots, and single-engine taxiing (SET) operations. The first part of the discussion focused on the current state of ground operations, allowing the AEON Consortium to better identify the functioning of the TaxiBots and the times required to start-up the engines for different types of aircrafts. 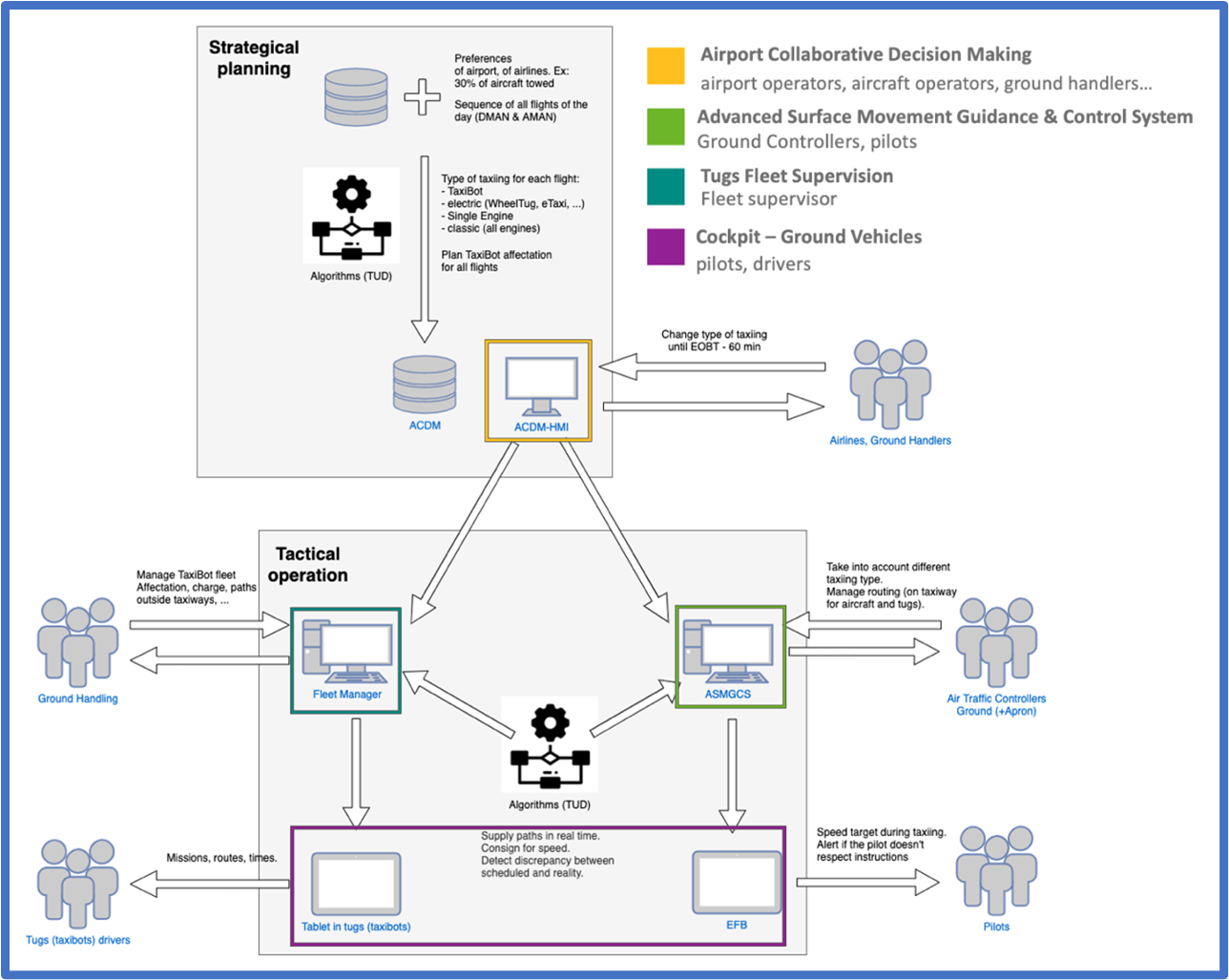 The autonomous-taxiing techniques on the other side appeared to be easier to employ when embedded in the main gear than in the aircraft nose, as in the latter case they may produce nose fatigue damages whereas they don’t have enough acceleration to efficiently tow the aircrafts. SET operations were confirmed to be an already mature solution which applicability relies on specific operational and contextual factors, such as manoeuvrability, balance, and runway configurations, that limit the full deployment of single-engine taxiing operations.

In the second part of the meeting, the Consortium introduced the AEON initial operational concept, the cost and benefit analysis, the algorithms selected to manage the fleet of towing vehicles and plan their path on the airport surface, and the tools implied. 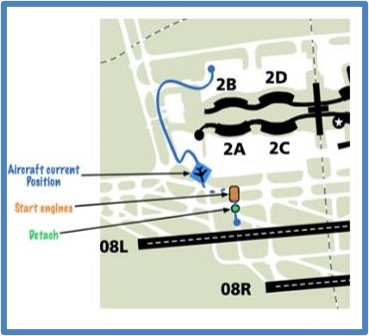 The Advisory Board expressed its concerns on the successful use of WheelTug, a technique with which they worked in the last 15 years. Even when combining WheelTug with SET, the first solution may create Nose Landing Gear (NLG) fatigue during the acceleration phase. Nevertheless, the WheelTug system is in the certification process by FAA to be operated on Boeing 737, this potential concern has been addressed and resolved. Another comment from the Advisory Board regarded the tactical phase of the AEON CONOPS, where the Electronic Flight Bag (EFB) didn’t appear to be a common feature in all aircraft, with its availability currently limited to newer ones. The AEON project expects to handle a very diverse mix of aircrafts, thus aircrafts not equipped with EFB will be monitored by the ground Air Traffic Controller Officers (ATCos) and taken into account in the routing system embedded in the project platform.

Then, the Consortium presented the division of roles proposed in the initial operational concept of AEON. According to the AB members, in the near future airports are likely to opt for a division of roles between Air Traffic Control (ATC) and the APOC (Airport Operations Center), with the main distinction being that live traffic (pushback, taxi, take-off, landing, taxi clearance) will be handle by the ATC, while non-live traffic (towing, empty tugs) by the airport. ATC may not be ready to handle a growth of workload caused by increasing tasks complexity. The technologies and regulations, on the other side, didn’t appear to be mature enough to go entirely in the autonomous direction. The AEON Consortium reassured the AB members that the tool under development will support information exchange between the pilot and ATC (as shown by the video below), which will have a view of remaining taxiing times and decide when to start the engine.

Afterwards, the Consortium presented the Cost-Benefit Analysis made on the three techniques initially introduced. The Advisory Board stressed out that AEON should not limit its analysis to explore the direct correlation between the number of TaxiBots and economic benefits. On the contrary, it should try to better understand the beneficial impact of the interaction between some specific runway configurations and the number of vehicles required for standard operations. On this topic, the SJU representative suggested the Consortium to consider the results that might a negative effect on the Airport Operations Plan, but which may have an extremely positive impact on fuel and CO2 savings, in order to leave enough space for future developments of the AEON project.

In the last part of the meeting, the Consortium presented the Human-Machine Interaction (HMI) and the preliminary safety assessment. On the HMI, the Advisory Board pointed out that TaxiBots future development will imply new features for dynamic speed limitations. Then, the Advisory Board suggested focusing the AEON safety scenarios on hazards strictly related to the employment of greener taxiing techniques, leaving aside those threats that are more related to other solutions. At the end, the Consortium took back the stage to draw the conclusion and salute the Advisory Board members.

Overall, the results produced in the first year of project activities appeared to be in line with the expectations the industry representatives have on the AEON progress. The Consortium has collected all the feedback from the Advisory Board aiming to employ them for the definition of the use cases of the greener taxiing techniques and convey the collected information into the description of the Operational Concept (WP1), prototyping of HMI (WP3), demonstrator integration (WP4) and solution performance assessment (WP5).

All these results will be delivered before the end of the year.